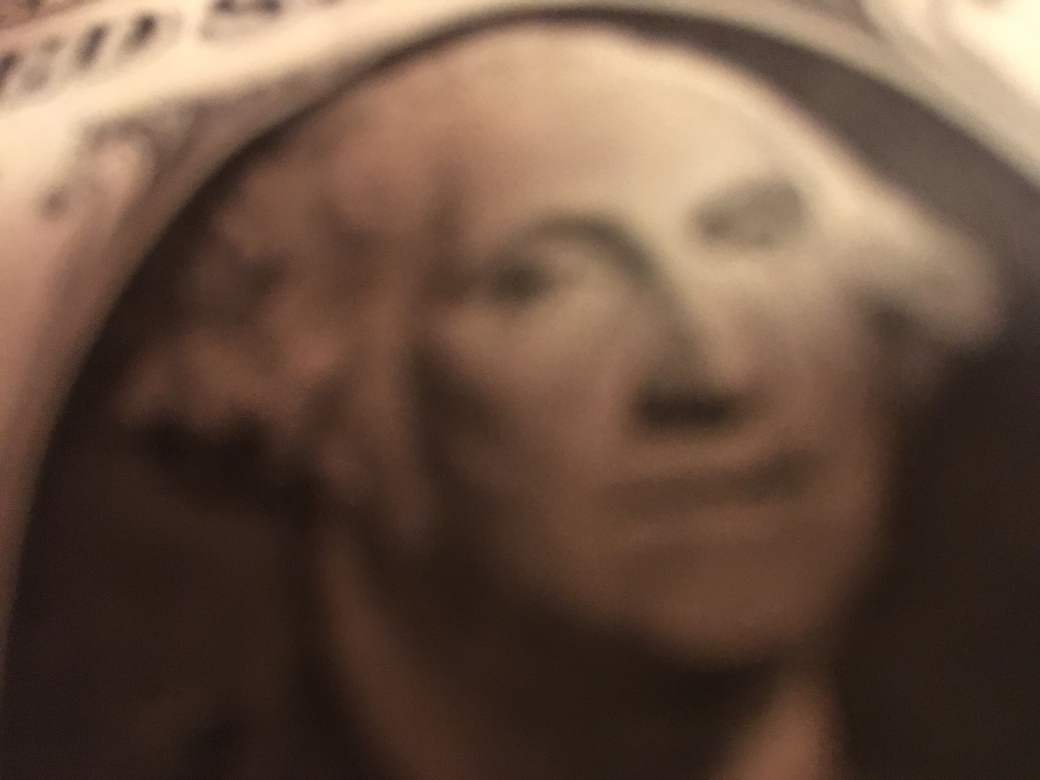 For many years, I befriended alcoholic coworkers far older than me.  It was only after becoming a father that I realized that I was attempting to patch a hole in my life caused by my estrangement with my own.  There was Frankie who drove to work in a Mustang convertible and sang Bob Dylan tunes at his letter case.  He used to entertain us on smoke breaks with tales of drunkenness and debauchery.  He never made it home half the time by the sound of it.  How he ever stayed married is a mystery to me.  “I’ve got a black man’s soul trapped in a white man’s body,” he used to say giddily.  He wore rubber overshoes instead of boots in winter, shrink-wrapping his shins and ankles if the snow was deep.  All his uniforms were stained with mustard and ketchup from eating hotdogs while he drove around doing his collections.  You couldn’t help but laugh at him.  One morning he smoked too many Marlboro’s and thought he was having a heart attack.  He staggered around clutching his breast like it was the big one. An ambulance was called, but it turned out to be a false alarm.  When his driver’s license got revoked they forced the new employees to chauffer him around on his route.  We used to argue about who was going to get stuck with him.  No one wanted to be chained to Fast Frankie.

I was over thirty when I started working for the Postal Service.  It seemed like my last hope.  I didn’t have any bankable job skills and I didn’t really like being around other people.  There I found a home with many like myself.  Everyone treated me like I was some kind of kid.  The carriers looked a good ten years older than their actual age.  The job had left them all stooped.  Half of them limped.  Nearly all of them smoked.  None of them had ever heard of sunscreen.  It was like stepping back in time to the Fifties.  These guys were nothing like the millennials I work with now.  They used to put in ten hours delivering mail and then rush off to their second jobs.

The station had a great many rules that few could understand.  The carriers existed within a hierarchy, frequently citing their exact years of service to resolve disputes or justify their misdeeds.  I sucked up to the older guys, in part to raise my own status and avoid the hazing that inevitably came with being new.

Manny was the senior carrier in the station.  People claimed he could make more money if he retired than he did working.  He was a bald guy with glasses and a big belly.  He seemed to suffer from some form of postal dementia, always misplacing the mail or forgetting his keys.  He was obsessed with raptors, the eagle on his shirt being foremost among them I suppose.  He claimed to have met Prince once getting gas.  He frequently told the story of how he frostbit off a piece of his nose on a walkout route that stretched from Interstate 394 to Highway 7.  His eyes would get beady with anger as he pointed to the scar on his nose.

That first long winter I struggled to keep my fingers warm as I trudged through the endless snow.  My breaks provided little respite as I shivered inside a tin can on wheels with a heater that barely worked.  My worst day came in January.  It was a balmy 36, but the above-freezing temperatures were accompanied by an all-day downpour that about killed me.  The letters were nearly pulp by the time they made into the mailbox.  My only raingear was an orange poncho that I got at a marathon.  It didn’t have any sleeves so my arms got absolutely soaked.  My hands became so cold that they barely functioned.  When I got back to the station, Bill Washington laughed at me and said I looked like a pumpkin.

Bill Washington was a skinny Vietnam vet who smoked menthol cigarettes.  He had a mustache and wore white turtlenecks underneath his uniform shirt.  He suffered from nosebleeds and scratched his forearms raw the same way my dad did.  I think he was one of those Agent Orange guys.  I don’t know that I ever saw him go two weeks without calling in sick.  Bill was so arrogant it was comical–bobbling around the station with his transition lenses and gold jewelry.  His wife inherited some farmland that got bought up by a big grocery store chain.  We called him “Dollar Bill.”

He used to lord it over everyone that he had money, frequently bragging about his man-cave of a garage replete with its own refrigerator and big-screen television.  It seemed to me his wife just didn’t want him in the house.  He mentioned something once about attending church.  When I expressed surprise, he pulled me aside and said earnestly, “I’m not who I pretend to be.”

I knew what he meant.  Over the years, he had cultivated an obnoxious workplace persona for his own amusement.  But as far as I was concerned, when Bill went home and did what his wife said, that was when he was pretending.  The asshole at work?  That was no acting job.  That had become the real Bill.  You couldn’t help but love the guy though.  He was just too damn funny.  I can still picture him smoking a Newport on the dock with a Kleenex wadded up his nose as he insulted Frankie for his slovenly appearance.

One day it was just him and me smoking out there.  He was pissed about something.  Maybe he got forced in on his day off.  I looked him in the eye and said, “They can’t do that to you!  You’re Bill Washington!  Are you going to let them get away with that?”  I witnessed some form of insanity click on behind his eyeballs, some long dead filament reconnecting.  He did an about face and went back inside.  As I passed the desk on my way back to my case I saw him sitting there.  He wouldn’t be doing his route that day.  He had been complaining about a botched hernia operation for some time.  He said the screen had slipped and there was nothing they could do to fix it.  He was nowhere to be seen for three weeks.  Word got around the station that he had an accident at home and broke his ankle.  He showed up two months later in a three-piece suit with a cane and a walking cast on his foot.  He gave a going away speech that was as insulting as his appearance was ridiculous.

“I won’t miss any of you,” he said.  “I’ve been done with this place for a long time.  I’ve been knocked down before and I’ve gotten back up.  I’ll bounce back from this, but it won’t be here.”

He gave me all his old uniforms (the shirts, I wouldn’t accept the pants).  We were the same build.  He was gone another two months and then he was back at his case.  His disability retirement got rejected.  There was some awkwardness between us about the uniforms, but he never said anything about it.  Several months later, management discovered he hadn’t had a driver’s license in eight years because of all his DUI’s.  They got rid of him and there wasn’t much the union could do about it.  Dollar Bill’s route went up for bid.  He drunk-dialed the manager for months afterward threatening to sue.  I suspect the postal inspectors investigated him when he filed for the disability retirement and that’s what led to his downfall.

It took two and half years for me to make regular.  I was burnt out from all the overtime.  I came to work with a bit of trepidation after calling in sick on a Saturday.  The supervisor handed me the letter with the good news.  I figured everybody was going to be mad at me, instead they were all shaking my hand.  I took a route at a different station and never saw any of those guys again.

I heard Frankie retired about a year later.  The route inspection team came in and took away his early collection and gave him some apartments.  It was more change than he cared to tolerate.  He just didn’t come back to work.  He must have mailed in his retirement papers.  He had the years.

Frankie has a son who is a successful painter living in New York City.  He paints these amazingly realistic tableau portraits of ordinary people.  He painted one of Frankie carrying his route in winter.  The totality of his exhaustion is so complete, his misery so touching.  It is a portrait of a man who gave everything to earn a paycheck and put a roof over his child’s head.  When that was done, he held on for the pension leaving behind only footprints in the slush.

People negate themselves with addiction because the requirements of being human are just too painful.  These were good men I worked alongside.  We laugh at others to avoid looking at ourselves and I am certainly as guilty of this as anyone.  Eventually the blade and the bone wear out and whatever’s left gets discarded.  So it is with men.  So it is with everything.  So it will be with me.